A representative from every team must visit the check-in tent between 7:45-8:30 am on Saturday morning in order for your pool to start on-time.  This is where we will provide any important information and inform of any changes

Now is the time to get your team together for largest 3-on-3 and 5-on-5 grass volleyball tournament in the world!

Your team can be any height, weight, etc. but you must be at least 12 years of age or older. Enter your team in the appropriate level and gender division and then get ready to SPIKE, DIG, and ROLL!!!

The player with the highest skill level determines a team’s level of play. A team member ranked as an “A” player who has “BB” ranked players on his team would register the team as an “A” team. No changes to level of play or division will be allowed on site. Sandbaggers go against the principles of Spikefest and offending players will be ejected from the tournament. Sandbagging is defined as a player who enters into a division below his or her ability.

Complaints regarding sandbaggers should be reported at the scoreboard to the Tournament Director.

WHAT LEVEL SHOULD I ENTER?

The highest ranking of one of your team members is the level of play that your registration should reflect. For example, if a member of your team is an “A” advanced player and the remaining members are recreational or intermediate players, then you need to register at the “A” advanced level.

Please note that “Sandbagging” is not allowed and teams sandbagging will be ejected from the tournament.

Below are the guidelines for appropriate level to enter your team and avoid sandbagging. If your team breaks these guidelines and you are playing in a level that is truly below your ability… you are a SANDBAGGER (AKA the lowest form of creature on the Volleyball planet, a person who is a 6th grader and beats up a kindergartener and feels good about it).

If you can do these things, you are in the wrong division. Go up to at least BB.

If you can consistently jump serve and place the ball down inside 10′ of the net line on your spike occasionally, you are in the wrong division. Go up to A.

If you do this consistently, you are in wrong division. Go up to OPEN.

The event is designed to offer a weekend of volleyball fun for players of all ages and abilities. Poor conduct, such as repeated arguing about calls, will result in ejection from the tournament. We are committed to ensuring the actions of a small few will not tarnish the experience for the greater majority. Sandbagging goes against the principles of Spikefest and offending players will be ejected from the tournament. Sandbagging is viewed by others as “a person who would beat up their little sister and brag to friends about it.” You don’t want everyone looking at you as “that” person do you? Complaints regarding sandbaggers should be reported at the scoreboard to the Tournament Director.

Spikefest reserves the right to ban any team or player from registering in their tournaments. Any team or a team with a banned player will be notified and must make the appropriate substitutions as per policy. if the entire team is banned entry fee will be returned.

Signage and/or Distribution of Material

Spikefest does not allow signage or distribution of information of any kind on site for businesses who are not official sponsors/partners of Spikefest. Any violations of this policy may result in removal of the violators form the property and legal action may be taken.  Also any Violators may be banned from future tournaments.

RULES OF THE GAME

Interested In Being A Spikefest Event Licensee In Your Town?

Now taking applications for Spikefest event licensees for the Austin/San Antonio, Houston, and other major markets in the southwest 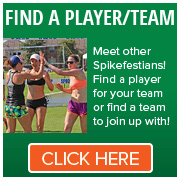 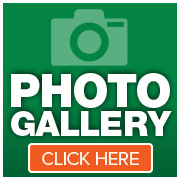 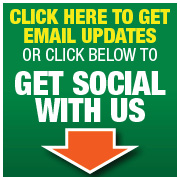