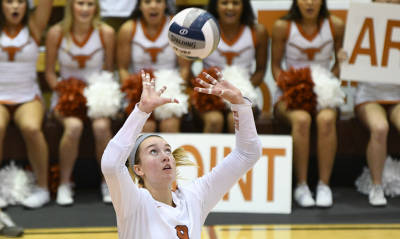 Texas (No. 5) and Baylor (No. 19) were both named to the AVCA Coaches’ Poll for a fourth time during the 2018 season. Kansas State received votes in the poll.

The AVCA is set to release its next poll on September 24.