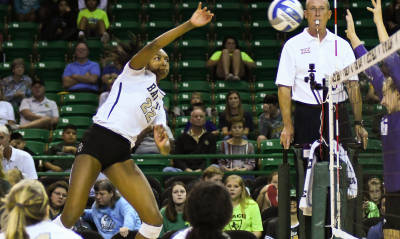 The American Volleyball Coaches Association (AVCA) Top 25 Coaches’ Poll was released as Texas and Baylor earned spots on the list for the fourth consecutive poll.

With a great showing against No. T-16 Kentucky over the weekend, No. 3 Texas moved up three spots in the poll, previously ranked No. 6 (Sept. 3).

During week three of action, Baylor took down No. 2 Wisconsin to earn its first top-two win in program history. In the most recent poll, the Bears chimed in at No. 18 in the nation.

Both Iowa State and Kansas State received votes on the latest poll.

The AVCA is set to release its next poll on Monday, September 17.